For many environmentalists, the world seems to be getting warmer. As the nearest country of South Polar Region, New Zealand has maintained an upward trend in its average temperature in the past few years. However, the temperature in New Zealand will go up 4°C in the next century while the polar region will go up more than 6°C. The different pictures of temperature stem from its surrounding ocean which acts like the air conditioner. Thus, New Zealand is comparatively fortunate.

Scientifically speaking, this temperature phenomenon in New Zealand originated from what researchers call “SAM” (Southern Annular Mode), which refers to the wind belt that circles the Southern Oceans including New Zealand and Antarctica. Yet recent work has revealed that changes in SAM in New Zealand have resulted in a weakening of moisture during the summer, and more rainfall in other seasons. A bigger problem may turn out to be heavier droughts for agricultural activities because of more water loss from soil, resulting in poorer harvest before winter when the rainfall arrives too late to rescue.

Global warming is not only affecting agriculture production. When scientists say the country’s snowpack and glaciers are melting at an alarming rate due to global warming, the climate is putting another strain on the local places. For example, when the development of global warming is accompanied by the falling snow line, the local skiing industry comes into a crisis. The snow line may move up as the temperature goes up, and then the snow at the bottom will melt earlier. Fortunately, it is going to be favorable for the local skiing industry to tide over

tough periods since the quantities of snowfall in some areas are more likely to increase.

What is the reaction of glacier region? The climate change can be reflected in the glacier region in southern New Zealand or land covered by ice and snow. The reaction of a glacier to a climatic change involves a complex chain of processes. Over time periods of years to several decades, cumulative changes in mass balance cause volume and thickness changes, which will affect the flow of ice via altered internal deformation and basal sliding. This dynamic reaction finally leads to glacier length changes, the advance or retreat of glacier tongues. Undoubtedly, glacier mass balance is a more direct signal of annual atmospheric conditions.

The latest research result of National Institute of Water and Atmospheric (NIWA) Research shows that glaciers line keeps moving up because of the impacts of global warming. Further losses of ice can be reflected in Mt. Cook Region. By 1996, a 14 km long sector of the glacier had melted down forming a melt lake (Hooker Lake) with a volume. Melting of the glacier front at a rate of 40 m/yr will cause the glacier to retreat at a rather uniform rate. Therefore, the lake will continue to grow until it reaches the glacier bed.

A direct result of the melting glaciers is the change of high tides the serves the main factor for sea level rise. The trend of sea level rise will bring a threat to the groundwater system for its hyper-saline groundwater and then pose a possibility to decrease the agricultural production. Many experts believe that the best way to counter this trend is to give a longer-term view of sea level change in New Zealand. Indeed, the coastal boundaries need to be upgraded and redefined.

There is no doubt that global warming has affected New Zealand in many aspects. The emphasis on the global warming should be based on the joint efforts of local people and experts who conquer the tough period. For instance, farmers are taking a long term, multi- generational approach to adjust the breeds and species according to the temperature. Agriculturists also find ways to tackle the problems that may bring to the soil. In broad terms, going forward, the systemic resilience that’s been going on a long time in the ecosystem will continue.

How about animals’ reaction? Experts have surprisingly realized that animals have unconventional adaptation to global warming. A study has looked at sea turtles on a few northern beaches in New Zealand and it is very interesting to find that sea turtles can become male or female according to the temperature. Further researches will try to find out how rising temperatures would affect the ratio of sex reversal in their growth. Clearly, the temperature of the nest plays a vital role in the sexes of the baby turtles.

Tackling the problems of global warming is never easy in New Zealand, because records show the slow process of global warming may have a different impact on various regions. For New Zealand, the emission of carbon dioxide only accounts for 0.5% of the world’s total, which has met the governmental standard. However, New Zealand’s effort counts only a tip of the iceberg. So far, global warming has been a world issue that still hangs in an ambiguous future.

27. What is the main idea of the first paragraph?

28. What is one effect of the wind belt that circles the Southern Oceans?

29. What does “moisture deficit” mean to the grain and crops?

30. What changes will happen to skiing industry due to the global warming phenomenon?

31. Cumulative changes over a long period of time in mass balance will lead to

32. Why does the writer mention NIWA in the sixth paragraph?

Complete the summary below.
Choose NO MORE THAN TWO WORDS from the passage for each answer.
Write your answer in boxes 33-35 on your answer sheet.

Do the following statements agree with the claims of the writer in Reading Passage 3?
In boxes 36-40 on your answer sheet write 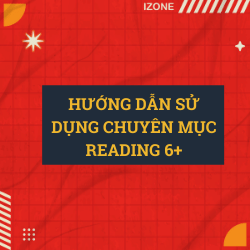