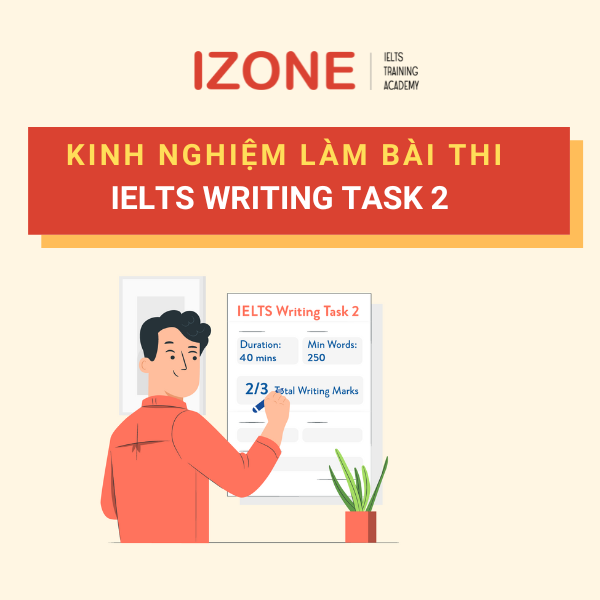 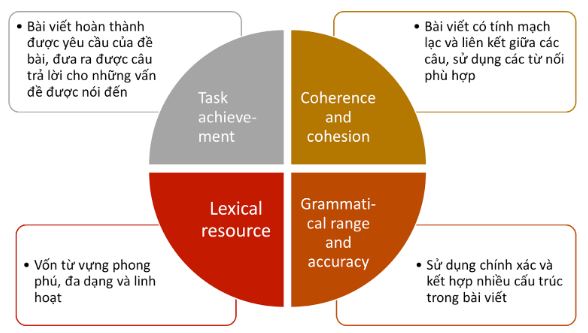 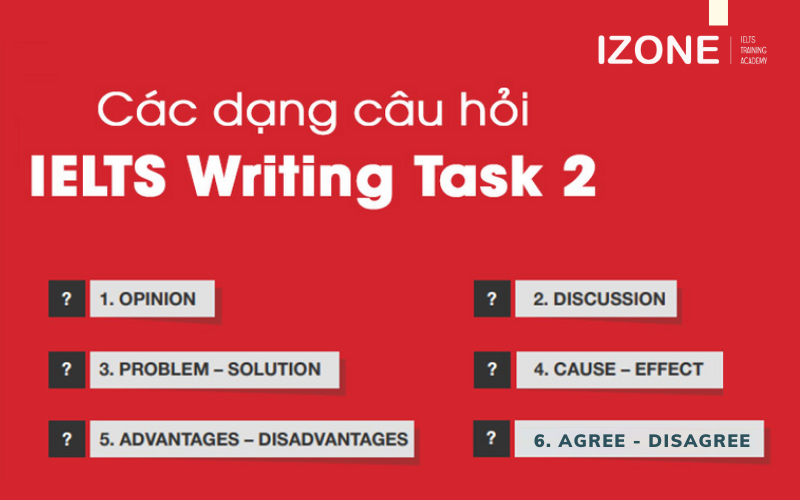 Đề số 1: It is impossible to help all people in the world, so government should only focus on people in their own countries. To what extent do you agree or disagree?

Whether governments should send out foreign aids or not remains a controversial topic. Although it is sensible for officials in the highest position to put their own people first, they should not cut off these aids altogether.

Prioritizing the need of their own citizens would enhance the standing of the countries as well as the well-being of their citizens. This could be done by dedicating proper attention to optimizing the living conditions within the country’s borders before any forms of aid are extended overseas. Take the U.S, for example. The superpower had to reroute a large part of its funding previously channeled to combat global problems to deal with social problems in their own backyard, which could be partly attributed to the overwhelming pressure from the country’s constituents. It is only natural for these representatives of the people to pressure their governments into delivering on their promises of a prosperous nation, the failure of which is likely to indicate the incompetency of those top government officials in power.

However, exercising restraints on international financial aids is not synonymous with a complete halt, for the latter would be too extreme a measure that is bound to isolate the country from all the diplomatic relations. The act of turning their back on countries that are reaching out for help could stir up ill will. If and when that country finds itself in something along the lines of a financial crisis, it is hardly likely that any other countries will come to its rescue. Moreover, sending out financial packages to help ailing economies could be interpreted as a gesture of goodwill, which in turn improves the country’s global position and international trading. Trade barriers could be lifted, for example, which facilitates economic development for the country and employment opportunities for the people precedence.

All in all, it is a government’s duty to serve and maximize the well-being of its people, and the majority of their resources should be devoted to serving such a cause, yet it is also justifiable for countries to reach out to other countries that are struggling financially for the associated downstream effects.

Đề số 2: Most of the world’s urgent problems are caused by over-population. Do you agree or disagree?

Over-population has been one of the most alarming issues in the last several decades, especially in developing countries. Although not all social issues could be traced back to a highly populous world, it does lead to some of the most imperative problems, such as a deteriorating environment, high poverty and crime rates.

Environmental degradation, one of the most pressing global issues, goes hand in hand with overpopulation. More people means higher demand for food and other resources. In order to keep up with this ever-growing demand, unsustainable farming practices and overexploitation of land are often resorted to. Over a sustained period, this could be detrimental to the environment with its finite supplies of natural resources, which could take as much as millions of years to recover. It is, therefore, more advisable to curb the growth of the population rather than exploiting the environment to the point of irreversible destruction.

Another issue that is posing a threat to the modern world is widespread poverty, which can also be closely linked to an overly high population. Granted, countries with a high figure for population, as in the case of the U.S., do not necessarily encounter poverty problems, but such countries are most often superpowers with high income per capita. When economic development does not match the corresponding massive population figure, as in the case of China and India, the inevitable result is a considerable rate of people would live below the poverty line. In order to get by, many of them would engage in criminal activities to feed themselves and provide for their families. Though it is true that not all of the said poverty-stricken segment would be reduced to committing crimes, poverty does serve as an incentive for criminal proclivities in extreme cases.

In conclusion, there is no doubt overpopulation has been threatening the livelihood of people all over the world. While its most significant impact is on the environment, other consequences such as widespread poverty, and hence, more crime are also alarming.

Đề số 3: The range of technology available to people is increasing the gap between the rich and the poor. Others think it has an opposite effect.

The past few decades have witnessed a vast array of technological advances coming into existence. However, it is still questionable whether these developments help bridge or further widen the gap between the wealthy and the needy. This essay will weigh both sides of the argument prior to giving my take on the matter.

On one side of the argument, there are people insisting that the proliferation of technology exacerbates income inequality. It allegedly displaces thousands, if not more, of low-skilled workers, particularly in the technology-related industries. As a matter of fact, many practices are now performed by machines, and it follows that less physical labor is in demand. The prevalence of robots in assembly lines, for example, compromises the livelihood of thousands of blue-collar workers, who can hardly sustain their life without a stable income.

There is no denying, however, that technology has been a catalyst for narrowing the gap between people at both ends of the income spectrum. Granted, those low-income tech workers are put at the risk of job redundancy owing to automation, but these individuals could, in due course, secure a new job with the proper assistance from government agencies. At the same time, it is argued that they, as well as the underprivileged community in general, can now enjoy a decent living standard, one which was exclusive to only the well-off. Ample evidence of this can be seen in the ready availability and affordability of washing machines, water heaters or microwave ovens, labour-saving devices, which were not long ago out of the poor’s budget. With these mod cons comes the better living standards along with the increasing contentment among the lower-income group.

In conclusion, I believe both sides of the argument have merit. On balance, however, I am inclined to believe that technological achievements have helped diminish the disparity between the rich and the poor more than it has widened it, in light of the greater comfort and convenience enjoyed by a wide section of the population.

Đề số 1: You should spend about 40 minutes on this task. Wealth does not necessarily guaranty happiness. To what extent do you agree with this statement? Provide reasons for your answer. Include relevant examples from your own knowledge or experience. Write at least 250 words.

Many people believe that money is the key to happiness and that the more money you have, the happier you become. Other people feel that having a lot of money actually causes more problems than it solves. I believe that as long as people have enough money for basic necessities such as food and a reasonable place to live, a great deal of surplus money tends to make life less rather than more content.

There are several reasons for this. First of all, if you have a great deal of money, there is no real reason to go out to work or to strive for anything. Secondly, wealthy people tend to attract the wrong sort of people. After a while, the rich start to believe that the people around them are only after one thing; having a share of their money. This makes rich people distrustful even of those good and loyal people who are their genuine friends.

For all these reasons, I feel that having a great deal of money actually brings the opposite of happiness. It leads people to lose sight of the real sources of happiness, which often come from simple things like family life and friendship. Wealth prevents people from seeing the true value of things, only recognising what they cost.

Đề số 2: Some people think that parents should teach children how to be good members of society. Others, however, believe that school is the place to learn this. Discuss both these views and give your own opinion. Write at least 250 words.

A child’s education has never been about learning information and basic skills only. It has always included teaching the next generation how to be good members of society. Therefore, this cannot be the responsibility of the parents alone.

In order to be a good member of any society the individual must respect and obey the rules of their community and share their values. Educating children to understand the need to obey rules and respect others always begins in the home and is widely thought to be the responsibility of parents. They will certainly be the first to help children learn what is important in life, how they are expected to behave and what role they will play in their world.

However, learning to understand and share the value system of a whole society cannot be achieved just in the home. Once a child goes to school, they are entering a wider community where teachers and peers will have just as much influence as their parents do at home. At school, children will experience working and living with people from a whole variety of backgrounds from the wider society. This experience should teach them how to cooperate with each other and how to contribute to the life of their community.

But to be a valuable member of any community is not like learning a simple skill. It is something that an individual goes on learning throughout life and it is the responsibility of every member of a society to take responsibility for helping the younger generation to become active and able members of that society. 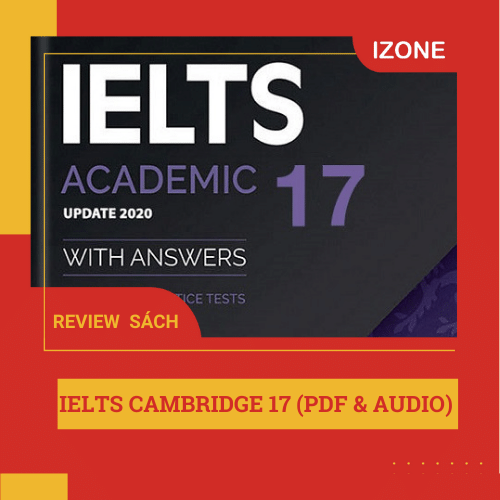 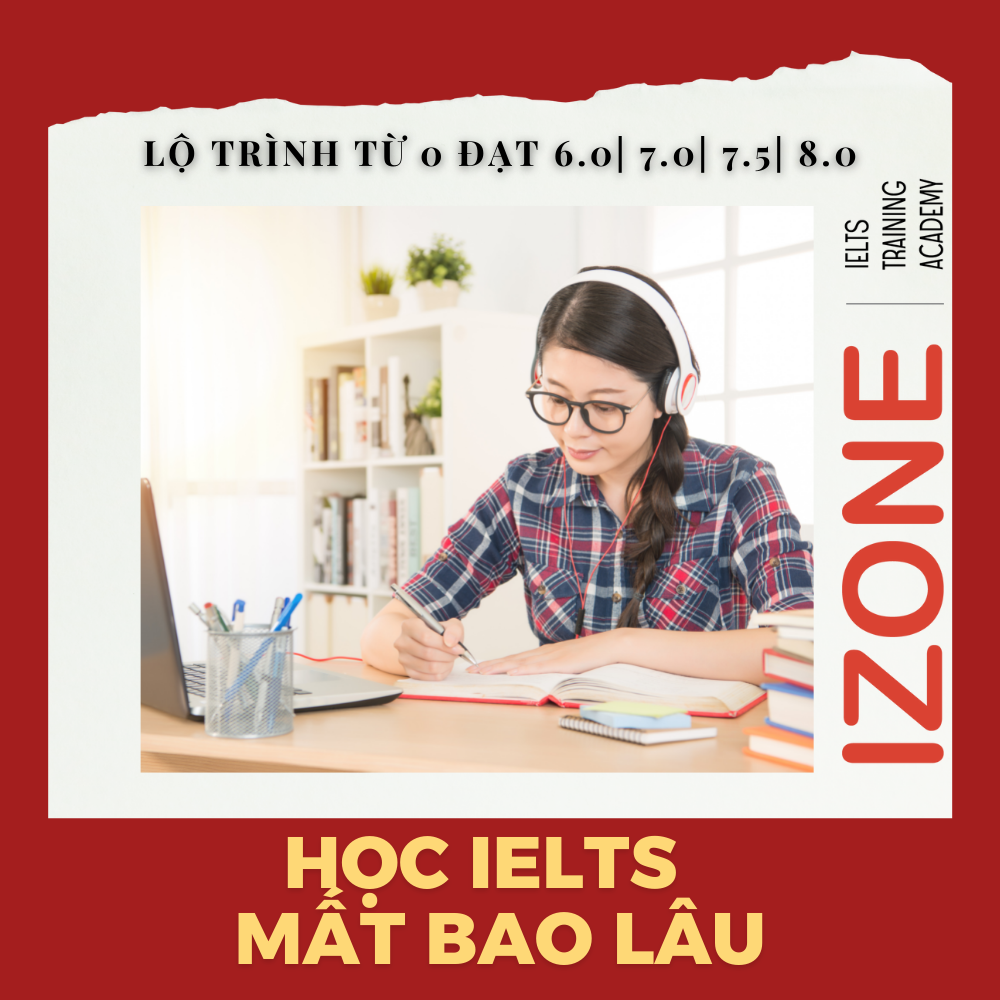 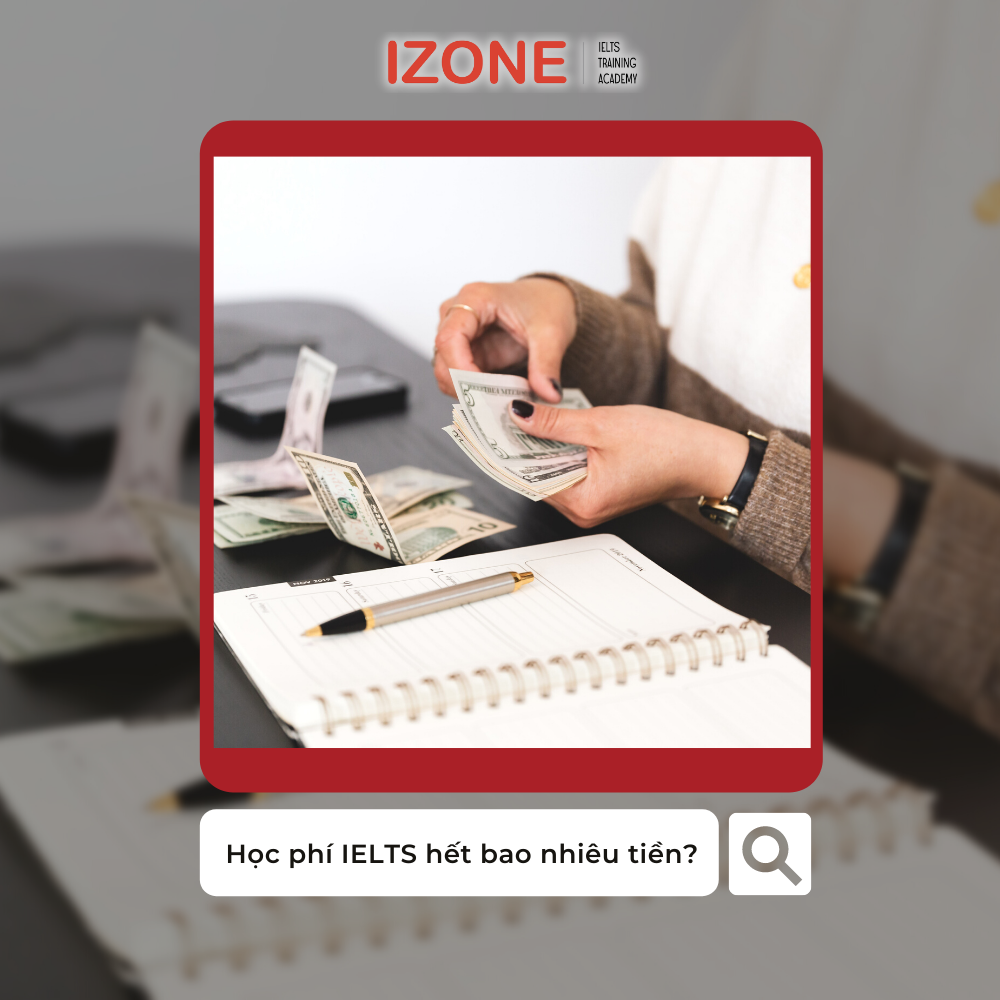 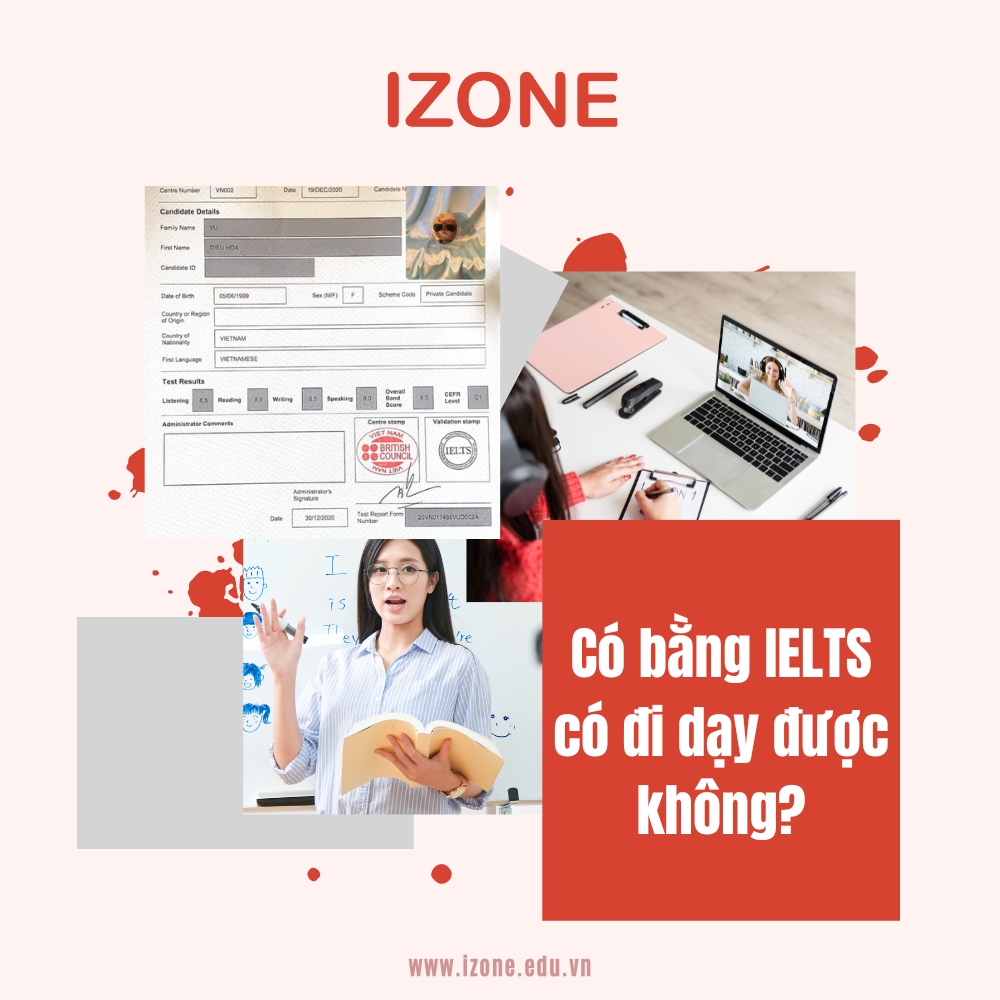 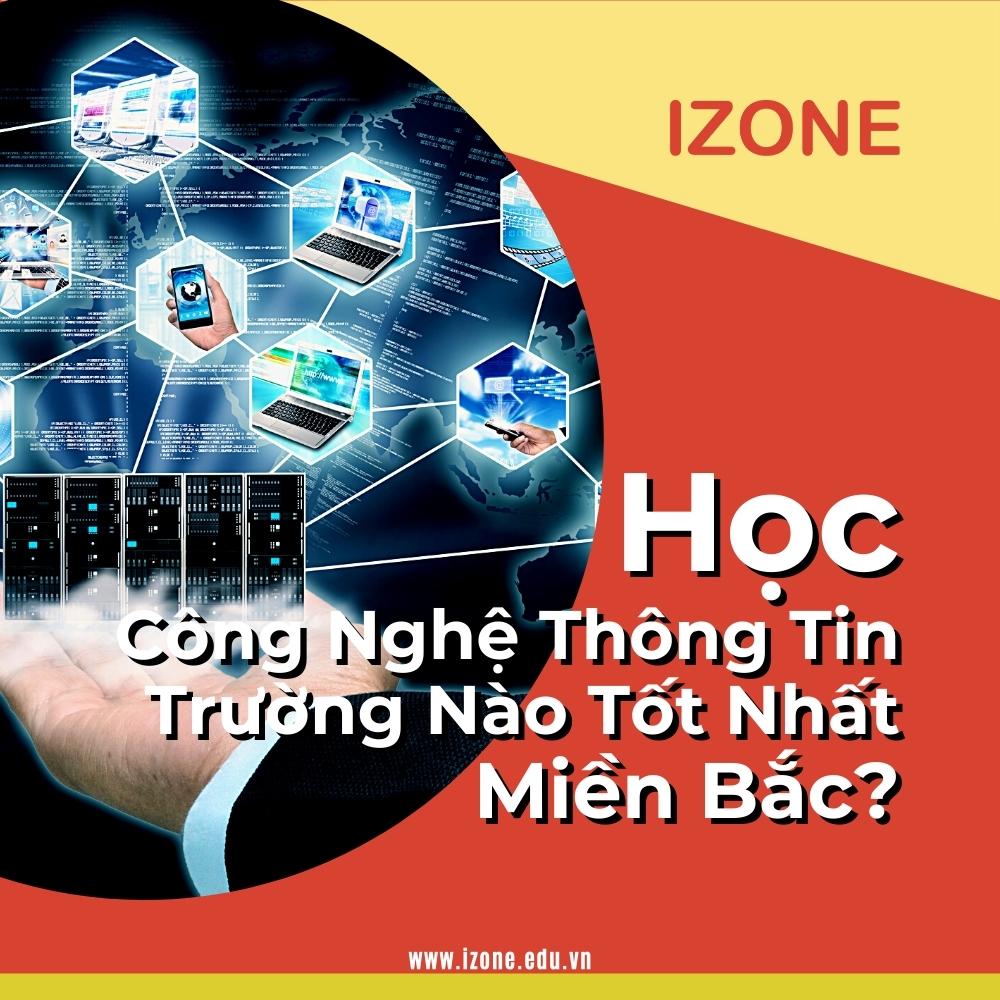 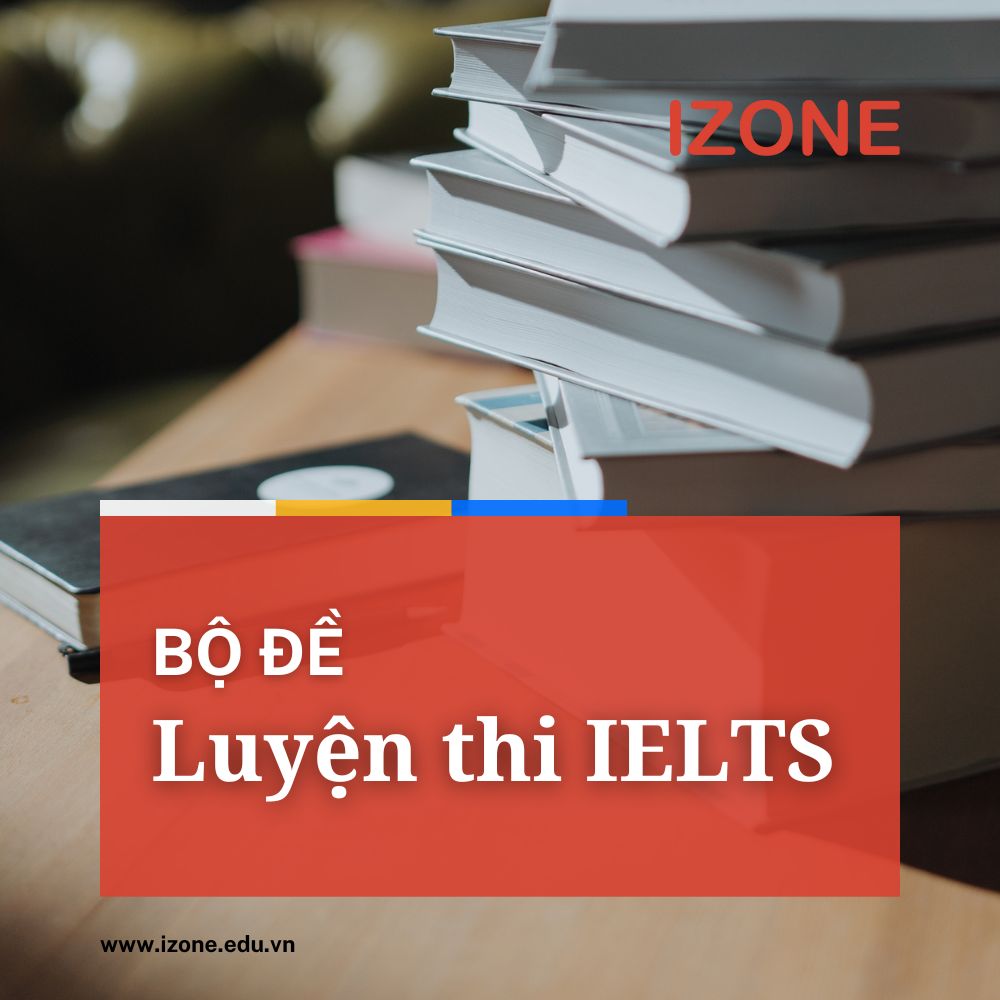